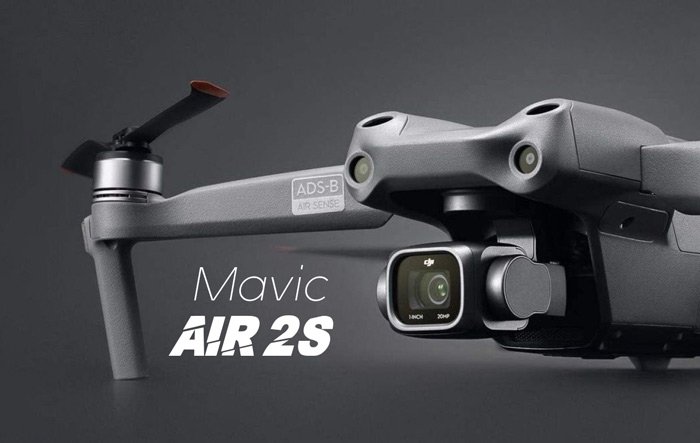 DJI has just announced their Mavic line-up drone Mavic Air 2S, a new lightweight drone with all the features that you need to capture amazing quality clips and pictures with the help of a 1-inch sensor. And you might already wonder What is the Price of Mavic Air 2S is going to be in Nepal. Mavic Air 2s Price in Nepal is going to be a little expensive than the last model which was Mavic Air 2 and cheaper than the Original Mavic 2 pro.  Before we discuss those things we are going to see how capable this drone is not in the paper only but in the real world as well when it compares to the last Mavic Air 2 and also the Mavic 2 Pro.
Also Read: DJI Drones Price in Nepal | DJI Mavic Air, Mavic Pro, and More
We already know DJI is by far the leader in drones for filmmakers and content creators, but they haven’t let that stop them from continuing to innovate to stay ahead of their own stand. New Mavic Air 2S has a maximum resolution of 5.4K at 30fps or 4K 60fps, as well as the option of shooting in a 10-bit log, the small unit packs a big punch.

The Air 2S is 180×97×80 mm folded down, not much different in size if you compare it to the Mavic Air 2. It’s the most compact drone to feature a camera with a 1″ sensor and a pixel size of 2.4μm. Nestled on a 3-axis gimbal and stabilized by RockSteady EIS, it has a 22mm (35mm Equiv.) fixed-aperture F2.8 lens with an 88º FOV and can capture 20MP stills including timed photos, AEB (in 3 and 5 brackets), and panoramas.


The compact and foldable design of the DJI Air 2S Drone helps you to record amazing videos and pictures in any condition. It’s an ideal alternative for use when traveling on vacation or for photography enthusiasts looking to record from new and unique perspectives. Piloting is made to be easy and intuitive via your smartphone and the DJI Fly app. Simply slip your phone into the included remote controller. Thanks to the Air 2S’s 3-axis gimbal, four remote antennae, and OcuSync 3.0 technology, you can receive a stable, live view from the drone up to 7.5 miles away. Now, Let’s check out what more it can offer.

When you look at the outside, the Air 2S looks extremely similar to the Mavic Air 2, with just a few subtle differences. As you’d expect, it features the folding design that Mavic drones are known for just like on the Mavic Air and Pro series. The front arms swing out, while the rear arms rotate down and out for a flight and help keep the drone highly transportable. 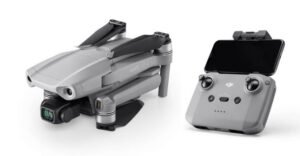 The Air 2S is small just like the other smaller drones out there. It’s barely any different from its predecessor, but that puts the folded length at 4mm shorter than the Mavic Air 2. And at just 595g, the Air 2S is just over half the weight of the DJI Mavic 2 Pro and just 25g heavier than the Air 2, which is very impressive considering its larger camera.

It doesn’t matter how many bells and whistles you put on a drone by giving a massive spec list, it’s the image quality that’s often the most important feature. In the case of Mavic Air 2S, It undoubtedly delivers everything they offer.

It features a 20MP 1-inch sensor, with the camera providing an 88-degree field of view or a full-frame equivalent focal length of 22mm. Like the Mavic Air 2, the Air 2S also, unfortunately, has a fixed f/2.8 aperture (more on that later) with a focus range of 60cm to infinity.

In the case of Still Images, It appears to be slightly softer at the edges than those from the Mavic 2 Pro, even when the Pro’s aperture is set to f/2.8. But while noticeable in a side-by-side comparison, this drop in sharpness is extremely minimal and is no reason to choose one drone over the other. In the video, however, the image is sharp across the frame.

The DJI Air 2S has the most programmed flight modes and image capture modes of any DJI drone of its size. These creative options include:

So where does that leave the Mavic Air 2S stands? The thing we kept coming back to in our minds was the content creator. If you’re someone putting out a lot of content for YouTube and other platforms, with fast edit and a real need to keep equipment lightweight for travel one place to another, the Mavic Air 2S is likely going to be the drone for you. 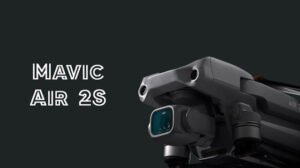 The real advantage over the Mavic Air 2 is, It has a bigger sensor than the Mini 2 and Mavic Air 2, so if you’re not invested in either of those and want to save money over the Mavic 2 Pro/Zoom, the Air 2S is absolutely the better choice, You can save little money also the image quality is also going to be great well.