by Rey Sagar November 23, 2020
Share 0FacebookTwitterPinterestEmail
The very first Samsung’s first folding phone had launched on September 6, 2019, but it was quite hit or miss with a lot of problems especially in the hardware department. However, with the Galaxy Z Fold 2, the company has somewhat comeback into the folding phones market. And we’re already hearing rumors as to what the next model might offer in terms of the design and features.

According to the Korean publication Ajunews, Samsung could launch the Galaxy Z Fold 3 as soon as June 2021. The publication also said that the Korean tech giant could introduce its under-screen camera technology to make the phone more appealing and impressive which has never done before in the smartphone world.

Apart from the design and internal specs Samsung Galaxy Z fold 3 might also come with the S-Pen support which was only available on the Note series.  You might be thinking now What about the note series if we get s-pen on the Galaxy fold as well with the bigger display as well. Note series might be crushed? Let us know in the comment section below!

With S Pen support on the next Fold, Samsung will also reportedly be using a new UTG cover layer that better resists scratches compared to the (awful) rubber layer on the Fold 2. As reported last week, the device will also be using an under-display camera. 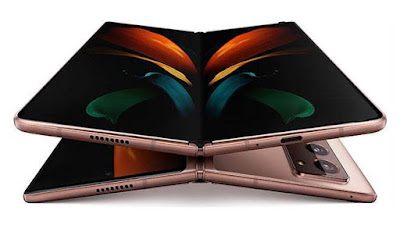 AJUNews reports from Korea that Samsung is indeed skipping the Galaxy Note 21 and instead of satisfying the needs of S Pen-hungry customers with the Galaxy S21 Ultra and Galaxy Z Fold 3. Apparently, that news comes directly from Samsung Electronics.

Beyond those details, a Samsung official also confirmed that the Galaxy Z Fold 3 is on track for an earlier release date. Samsung would have been expected to release its next foldable sometime between August and September based on last year, but this time around apparently the company is aiming for June.

A report by Korean publication, Aju News, suggests that Samsung will launch its Galaxy Z Fold 3 foldable smartphone in June next year. It is said that the phone will come with S Pen support and an under-display camera. As per the report, Samsung Electronics and Samsung Display will be using a technology that allows light to pass through the gap between pixels to take photos with great convenience.

Also, Read
👉 Instagram Big update? Reels and Shopping tabs on the bottom bar
👉 New WhatsApp feature releasing disappearing messages now rolling out
👉 WhatsApp taking up all your storage? Now it is easier to free up your space with a new storage option
Share 0 FacebookTwitterPinterestEmail

How to enable dark mode in Windows 10 – Quick Tips