by Rey Sagar March 22, 2021
Share 0FacebookTwitterPinterestEmail
Samsung has released the Galaxy A72 cell phone in Nepal that was declared at the “World Unpacked March” occasion on 17 March. They launch the two phones in this segment which were Samsung Galaxy A52 and Samsung Galaxy A72. Nepal is an important country to launch these types of smartphones and the good news is Galaxy A72 and A52 are now accessible for buy in Nepal. We should get about the specs, highlights, and official cost of the Samsung Galaxy A72 in this article.

Samsung is offering four colors for the Galaxy A72: Awesome Black, Awesome Violet, Awesome White, and Awesome Blue. After all, Samsung wants you to know that this phone is nothing but awesome. It has added two devices to the mid-range Galaxy A series called the Galaxy A52 and the Galaxy A72. The latter is the high-end model which brings a subtle looking design with a single-tone gradient back panel. 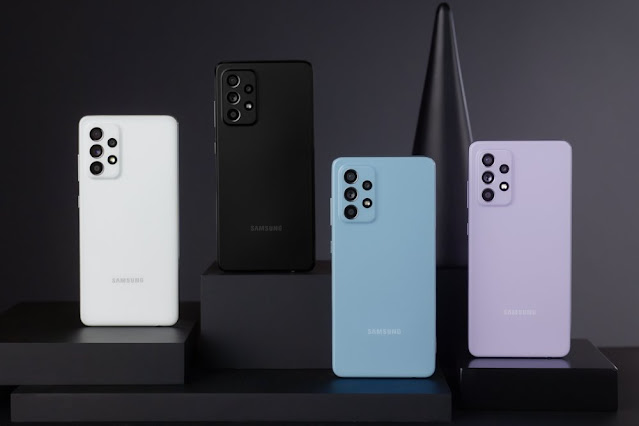 The device has a rectangular camera module with four camera sensors and an LED flash. The device comes with IP67 certification which makes it splash-resistant and also protects it from dust. The device flaunts a slim bezel profile and packs a big 6.7-inch Super AMOLED display for high-resolution output. The Infinity-O panel supports an FHD+ resolution that delivers a 90Hz refresh rate. It is well equipped for high-resolution video playback and the 90Hz refresh rate makes it suitable for gaming as well.

The Samsung Galaxy A72 gets its power from the Snapdragon 720G processor. The octa-core Qualcomm processor is gaming-oriented which is paired with Adreno 618 GPU to take care of the graphics. The device employs 8GB RAM for swift multitasking. The handset can be selected from 128GB and 256GB internal storage capacity.

This is sufficient to store data for regular usage. You can go for the 256GB storage model if the storage crunch issue has been troubling you in the past. The smartphone will perform well with gaming. The higher screen refresh rate will enhance the gaming experience. The device wouldn’t have any lags or stutters while switching apps or using multiple at a time. 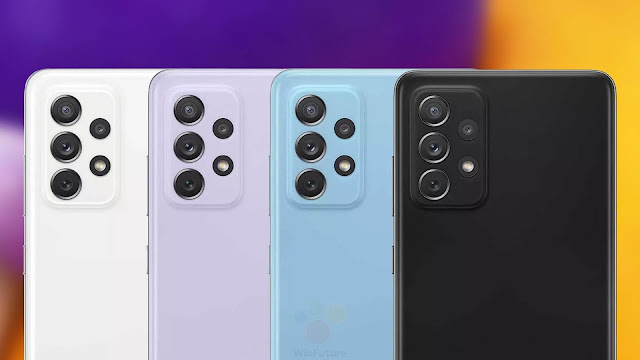 The company has upgraded the camera hardware for better output. The 64MP main lens is capable of capturing crisp and clear images in broad daylight. The camera will be able to capture minute details with the 5MP macro sensor, whereas the dedicated wide-angle lens will let it capture bigger frames.

For video, the Galaxy A72 lets you record at up to 4K. You can also grab an 8MP still image from any video thanks to the “4K Video Snap” feature. Samsung has also included AI scene detection to better optimize your shots and its impressive Night Mode for grabbing low-light photos. The Galaxy A7 also adopts Single Take from the Galaxy S series, so that you’ll get multiple shots taken from the phone’s different cameras with one shutter press.

The Galaxy A72 packs a huge 5,000 mAh battery. Considering the FHD display and what we expect to be a power-efficient processor, we expect this phone to last for two days or maybe even longer depending on your usage. Even if you’re gaming or watching videos, 5,000 mAh will go a long way. 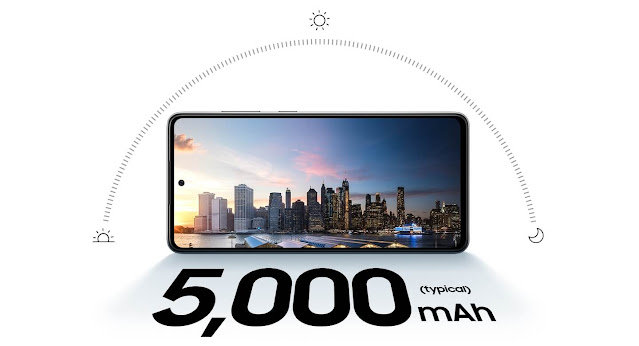 Samsung is touting smart battery features to further extend battery life. If you leave your phone unplugged overnight, for instance, the Galaxy A72 is smart enough to go into a power-saving mode during the hours that it would normally be charging.
For charging, the A72 supports 25W wired fast charging. Samsung has said that there will be a charger included with the Galaxy A72, though we’re not sure if it’ll be the full 25W brick.

Samsung Galaxy A72 Availability And Price In Nepal

The Galaxy A72 is a feature-packed offering by Samsung for the Nepali market at this price range. The device is well loaded in every aspect which makes it a perfect handset for multimedia consumption and photography on-the-go. The pricing is slightly higher if we compare it with the competition. But, that doesn’t make this device any less competitive in the market.

💨 Samsung Galaxy A12 Officially Launched, Know Features and Price In Nepal
💨 iPhone 13 features a bigger battery and 120Hz display and reset without a Lightning cable?
💨 Meizu 18 and Meizu 18 Pro launched with 120Hz display