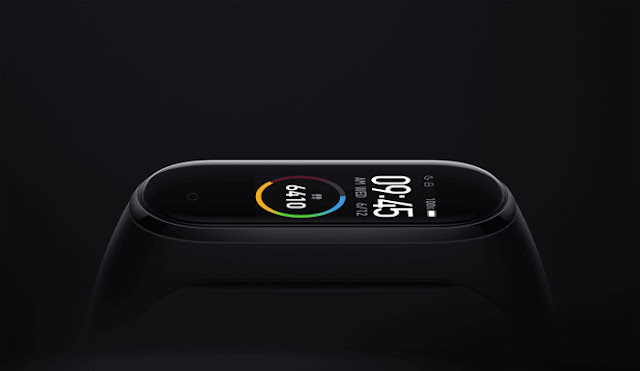 After the last year Xiaomi Mi Band 3 they recently release the New Mi Band 4 with the addition of a couple of new features. We just heard just like the last year Mi Band 3 They sold roughly around 5,000 units an hour making it the fastest-shipping wearable by the company ever but the biggest thing is they sold more than 1 million Units in just 8 days which is massive.

This Mi Band 4 comes with the Six-axis accelerometer which helps you to monitor your various physical activities like cycling, swimming, running, exercise and walking, etc. This will also help you to identify various swimming strokes which can be very useful for swimmers.

One of the biggest features of the New Xiaomi Mi Band 4 is Is has 0.95-inch AMOLED display panel which is unlike the monochrome display It is a full-color AMOLED display like the Honour Band 3. It has also a new interface and lots of customization. 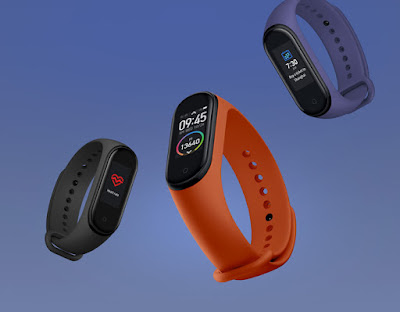 The display allows you to view the information about your physical activity as well as notifications on new text messages and voice calls directly from the connected phone. You can do other activities like finding the phone, switch a music track and weather information, etc. It can also display QR codes, so Xiaomi has integrated a payments mode to the smart band.

The Mi Band 4 comes with a microphone for voice control. Which basically means now you can communicate using the voice assistance. The voice controls system helps you to send the voice commands to compatible connected devices.
Also, Read – Best headphones under Rs 1,000 in India 2019

Xiaomi Mi Band 4 comes with the 135 mah battery which is much bigger than the previous one and most importantly Xiaomi claims It has 15-20 days battery life on a single charge which is a very useful feature.

The New Xiaomi Mi Band 4 price for the basic version is priced at 169 Yuan (Rs 1,700) and 229 Yuan (Rs 2,300) for its NFC model. the company also decided to released a special Avengers Series Limited Edition with different bands such as Marvel superhero watch faces and a special Marvel Avengers’ package, that has been priced at about Rs 3,500. But Xiaomi hasn’t announced when the Mi Band 4 would start selling in India where it is one of the biggest marketplaces.
Share 0 FacebookTwitterPinterestEmail

5 Best Keyboard Stabilizers For Better Performance [Get rid of...