by Rey Sagar October 16, 2020
Share 0FacebookTwitterPinterestEmail
A well-trusted source Sony Alpha Rumors already gave little info about a new upcoming Sony GM lens. If the rumor turns out to be true this will be the world’s fastest 16mm FF lens ever made for a Sony camera.

The New Sony lens will bring a super-fast f/1.8 aperture to a wide-angle 16mm focal length for the first time ever. which is an absolute beast for low light vlogging and astrophotography. The new 16 mm F1.8 could have a similar build quality just like on the Sony FE 24mm f/1.4 GM lens and other GM lenses like Sony 85mm F1.4 GM.

At this moment the widest fast FF lens from Sony is the 20mm f/1.8 G and the widest f/1.8 is the Sigma 14mm f/1.8 FE. We don’t know the price yet but you can expect it’s going to be rather expensive just like their last GM lens which was Sony 24mm F1.4 but if you are looking for the quality rather than price it’s going to be perfect.

This lens going to be more focused on Landscape and Astrophotographers and also vloggers also might wanna test out because of the super-fast F1.8 aperture. With the super-wide focal length and fast aperture enabling Astro shooters to capture as much light as possible with as short a shutter speed as possible (as overly long shutter speeds can introduce noise into images).

We are expecting the new Sony 16mm f/1.8 GM lens to be announced in early 2021. If you’re wondering why this is significant, a 16mm f/1.8 would apparently end up being the world’s fastest 16mm lens for full-frame cameras. While it wouldn’t quite end up being the fastest wide-angle lens ever (that accolade goes to the Sigma 14mm f/1.8 FE), it would be the fastest wide-angle lens from Sony. At present, this title is held by the Sony FE 20mm f/1.8 G. 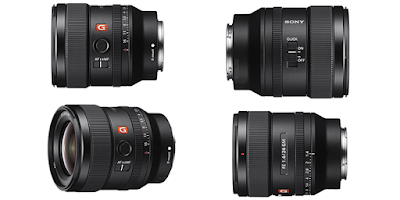 As we all know the last Sony 24mm f/1.4 GM priced at the $1,400 mark, we’d already expected this upcoming 16mm f/1.8 will be fairly expensive. However, we wouldn’t exactly expect a fast wide-angle prime to be super affordable, due to the complexity of the optics technology inside so It’s totally fair it’s gets announced at around the $16,00 mark.

Let’s see what they gonna do we’ll definitely inform you if we get any news from their side.

WhatsApp taking up all your storage? Now it is easier to free up your space with new storage option