by Rey Sagar November 18, 2020
Share 0FacebookTwitterPinterestEmail
Apple’s new MacBook Air (M1 2020) has just announced. It is like stepping into a new world where we can demand much more from ultraportables which is insane and we get to know how fast technology is growing higher and higher. All thanks to Apple’s new M1 system-on-a-chip (SOC), it’s first for Macs. After more than a decade of building its own mobile chips, Apple has accomplished an impressive reputation and now their computers no longer need Intel inside.
First, if you look into the design language, the iconic design of the MacBook Air is pretty much perfect, so they don’t see the need for any drastic change. At the same time, by simply offering minor spec bumps every year, the MacBook Air was in danger of being outclassed by more ambitious rivals. So, by concentrating on revolutionizing the hardware of the MacBook Air, now Apple is doing something many of its critics have argued it should do which is focus on something that the mac user wants. 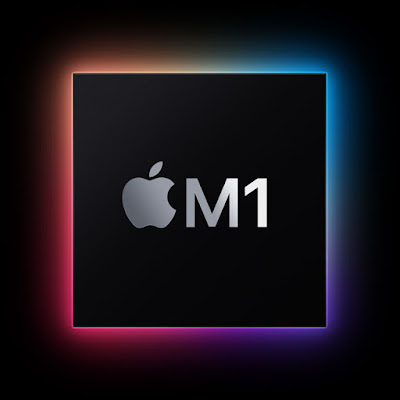 They claim The new MacBook Air is 3-times faster than other laptops in its class and faster than 98% of PC laptops sold in the past year. It also says the neural engine is nine times faster than the one in the previous MacBook Air, and its SSD is up to twice as fast thanks to the M1 and the latest flash technology.
The new Apple MacBook Air M1 comes with macOS 11 Big Sur preinstalled. According to Apple, this custom chip will allow the new MacBook Air to perform better and run longer while on the battery while bringing other big performance benefits too.
Good Side
Bad Side

Prices for the new MacBook Air (2020) start at $999 for a model with 8GB of RAM and 256GB of storage. That base model also has one less core on its graphics processor compared to pricier configurations. There are a number of specifications available at launch, and you can easily customize the laptop according to your needs by upgrading specs.
So you’re getting the new MacBook Air (M1, 2020) for the same price as the earlier model than It’s a no brainer to get one. If you bought a MacBook Air a few months ago, however, you may feel a little annoyed that it’s already outdated.

Apple’s new MacBook Air (M1 2020) is its most refined ultraportable yet, mostly due to the new M1 system-on-a-chip. It’s incredibly fast and completely silent since it has no fan. Battery life also seems to be fantastic, and the fanless design is nice, as it means the laptop runs silently but we still think that this is just a first beta version of the Apple Silicon so there are a bunch of apps are not optimized yet so It’s better to wait for litter longer to get one.
Also, Read :
New Apple M1 Chip with 20 hours of Battery Life and 2x Performance?
Best site to buy apple products in Nepal | 2020 update
Share 0 FacebookTwitterPinterestEmail

How to find the model number of laptop in windows 10 | HP, Dell, Lenovo, Asus