Huawei Banned from the Google – Everything you need to know 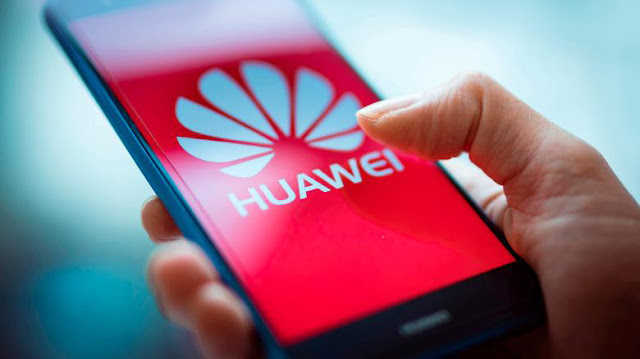 It’s the day for the very bad news for the Billion dollars company Huawei which is growing very fast especially on the smartphones area. The U.S. recently announced Huawei is blacklisted by the United States. The tech company was added to the Commerce Department’s Entities List, a de facto ban on US companies selling to Huawei. It’s part of an ugly trade war between the US and China, and it goes a lot deeper than what you’ve probably read.

The big issue is Huawei also sales the other products like laptops and Microsoft is also U.S. company and the problem is if you can’t put the windows operating system on your devices so what you gonna do?

Not only Google and Microsoft there is other companies as well like Nvidia, Intel, and the other manufacturers, so it’s very difficult to make a phone without these companies. The U.S. says existing devices get google services updates for 90 days after that Google service is not gonna support on the Huawei devices which are terrible news for the company maybe they have a backup plan for this because Huawei already knows this issue can come in the future, let’s see what happens. 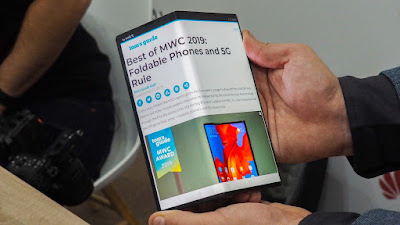 This new also bad for the consumers because Huawei’s made really good smartphones over the years like P30 and If this would happen there is less competition so there is also the less chance to get a very good product which has very good specs, cameras, battery life, etc which Huawei already offers. This is also going to effect on their upcoming Huawei Mate x which is basically foldable phone and we all know Samsung already released their first foldable phone and there are lots of issues so users are hoping maybe Huawei will give the good competition to that phone but unfortunately this seems impossible at this moment.

On Twitter recently Android tweets, the owners of “existing Huawei devices” will not be affected by these changes. but for upcoming devices, including Huawei’s foldable Mate X phone might be the different story. 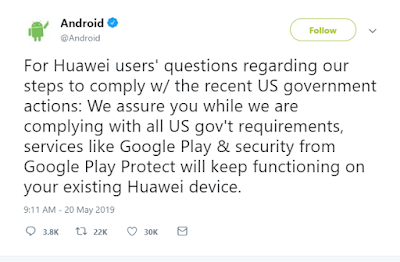 Huawei’s Android alternative may be coming with Android app compatibility

After the U.S. announcement revoking the Huawei’s Android license, many expected that they would basically make an OS dependent on AOSP. It may not be that easy. They will most likely be unable to utilize any OS that contains copyright having a place with a U.S. government. So this updates on Android application support is a really major deal since other Android choices.
Huawei devices became so popular in the last few years, which means there are a large number of individuals depending on Android applications on their Huawei telephones. Individuals won’t have any desire to surrender those applications in the event that they move to another Huawei gadget.
Huawei says they are already working intimately with Google to deal with an answer. Toward the finish of the majority of this, Huawei may even now be permitted to utilize Android and Google Play administrations. but It is very difficult to build a new os It cost a lot more than. As per the report, Huawei has been taking a shot at Project Z for quite a long while, however, its unique aim was to be for their home Chinese market, and not a full Android substitution. In the event that the majority of this is valid, Huawei’s post-Android future may not be as constructive as they’d like individuals to think. Let’s see what happens.

Instagram Updates in 2019 IGTV on feed and new explore tab