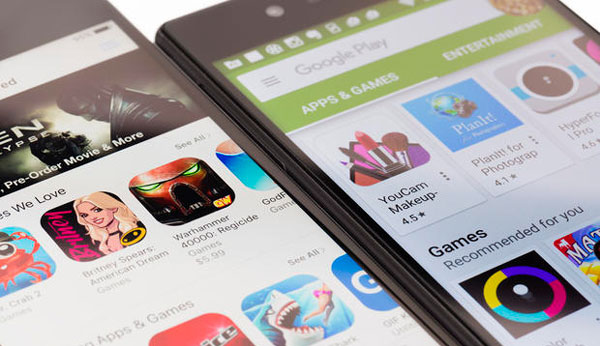 Google Play Store is the app where you access all your Android apps on your smartphone so it is very important to be the good user interface and easy to use for that users so they can access all the apps very easily. If you see the design and the user interface, it could still be improved. We are excepting since a long time Google will improve the design language and other little pieces of stuff and some new features on the play store and it looks like Google is rolling out the update that has some improvements that would make user access easier and nicer to the eyes while browsing.

We just found on the XDA post, the most noticeable change would be that the navigation bar is now at the bottom instead of on the top, Including with the tabs like Apps, Games, Movies & TV, and Books, etc. This would be much easier to access all the available apps on the play store which is now divided on category. The icons also change colors themselves compared to the previous setting where they adapt to the color palette of the upper background. Also, the big news on the Music side they said Google Play Music will be replaced by YouTube Music anyway.

Also in the background changes, you will see now all-white background and the Google Sans font which is replaced the previous font, similar to what we’ve seen on other Google apps and Google following the same footsteps on this one as well. A lot of the design elements now have rounded corners just like on the pixel phones which looks cleaner. However, not every app has that rounded corners which don’t look that good in my opinions. Which needs to be fixed before the finalizing the updates. 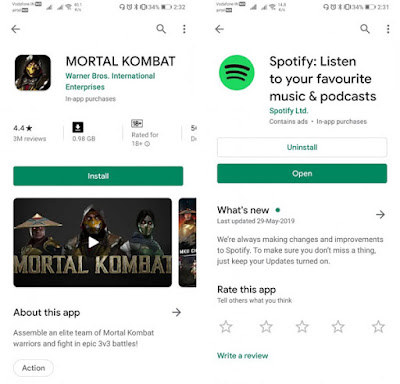 More than that buttons are now completely redesigned and replaced by arrow-shaped icons. You can see the buttons on the above images for “Install,” “Uninstall,” or “Open” now occupy the full width of the display filling with the green colors also the separating lines have been eliminated. Also, now you will get the suggested apps according to your apps recent activity. I can’t tell you exactly this will be done based on your activity inside the Google Play Store or on other Google apps and services like Search and YouTube since my recommendations are really erratic for now. We are excepting much clearer with time.

How to See WiFi Password on Windows 10 PC or...