Read Now
Transcribe YouTube Videos Into Text | Convert Without...
How to view NTC or Ncell call details...
How to Change wifi password by PC |...
How to View Saved WIFI Password on Android...
How to Write SEO Friendly Blog | Best...
How To Make Awesome YouTube Thumbnails For Free...
How to Hide WIFI Network Name From Mobile...
How to Earn $100 A Day With Google...
How to make bootable USB or Pendrive for...
How to delete or remove Gmail ( Google...

After the awesome upgrade version of DJI Mavic Mini DJI ready for their first-ever FPV packed drone where you don’t have to do anything rather than flying directly which is awesome and we can’t wait to try out how It works in real-world environments.

DJI Enterprise has already announced the event for December 15 at 8am EST / 1pm GMT (or 5am AEST on December 16 in Australia), and the timing would suggest it could be for the heavily-rumored DJI FPV drone. Without any specific specs list or no idea of its price, It’s really difficult to judge what we’re looking at, but the three-blade propellers and minimalist controller are all a departure from the company’s many previous drones.

The image came from the DJI Enterprise Twitter account and there not so much information over there but you can guess for yourself after watching this tweet. 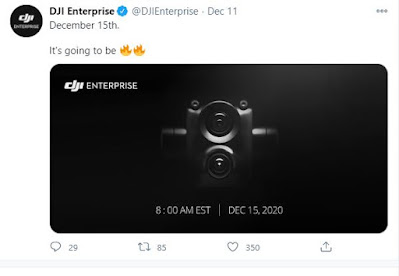 For one thing, the Tweet came from DJI’s Enterprise division. It defines more high-end level drones just like the other drones that DJI already has included with the First Responders, law enforcement, etc.

Another leak of the DJI FPV drone

This is another tweet from the@OsitaV account and here is also no surprise, from the Twitter account of @OsitaV this person (and we don’t know the gender or anything else about @OsitaLV), got their hands on the best photo yet. It shows the real look and design of the Upcoming DJI FPV drone. 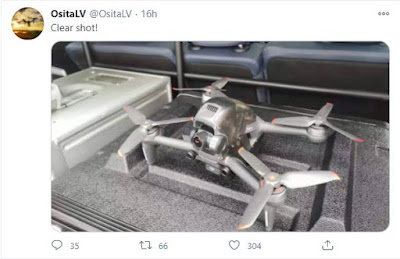 What is an FPV drone?

If you watch travel videos then you should probably know the Johnny FPV and Sam Kolder who use this kind of drone in their videos a lot. FPV basically stands for First Person View – this is because in FPV racing the pilot wears digital goggles that give them the feeling that they’re soaring through the air like an eagle high on energy drinks.

You can see the effect in DJI’s video for its existing Digital FPV system below. The combination of the drone’s speed and agility, coupled with a high-quality camera and impressive piloting skills, create a unique, visceral experience – and that’s even without the headset to boost the immersion levels.

FPV drones are generally associated with drone racing, a sport that’s been growing for around a decade. It sees pilots attempt to fly their drone around a course as quickly as possible, with the First Person View aspect enabling them to see from the drone’s ‘cockpit’ and speed around like a real-life game of WipEout.

What we know so far about the DJI FPV Drone:

We don’t have the price and the release date yet but there is more than that. If you are thinking How much will the DJI FPV drone cost? There haven’t been any rumors on pricing yet and, given this would be a brand new category for DJI, there’s no real existing guide for a ballpark price. 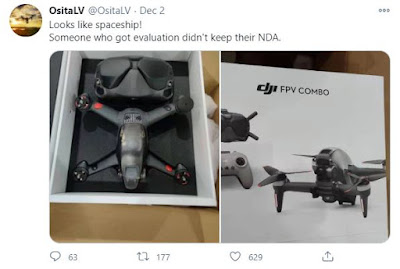 It’s fair to say it probably won’t come cheap though because It’s going to be the only FPV drone In the market at least for now – currently, the DJI FPV Experience Combo (which includes the DJI Goggles, Antennas, Air Unit (with camera) and cables needed) costs $819 / £809 / AU$1,299, and that’s without the drone. We’ll update this page as soon as we hear any rumors on pricing though.

Did you Noticed Google Services including Gmail, YouTube, Play Store are Down