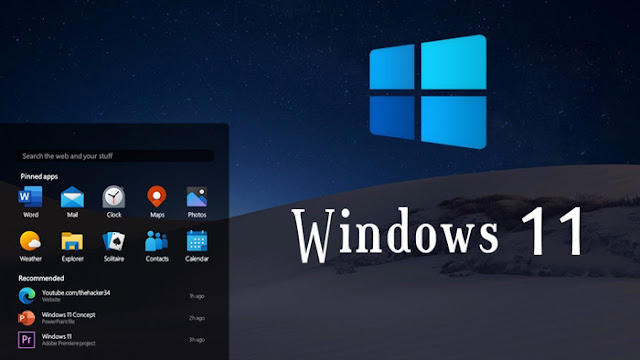 The release of Windows 10 has been going on for a long time, users are waiting for Microsoft to display their new version of Windows 10. On the other hand, though, Microsoft seems to have a different approach to any new operating system being launched.

Microsoft said earlier that Windows 10 is going to be the “last version of Windows,” but is it time to rethink the concept and give users an up to 11 operating systems? Look around and make up your own mind.

The “new Windows generation” features streamlined screens, a re-imagined Start menu (although still with tiles), clever animations, and — what Windows 10 users can only dream of — a completely seamless interface. There is a redesigned search user interface, a new, much better dark mode, plus a truly dark alternative mode, and adaptive cursors. You can also add tiles to the screen, which is a wonderful idea. If it came we are wishing some of the features below.

The last version of Windows has the huge problem of booting straight into the start screen and then clicking on the window icon to display the programs.
Everyone knows it’s not that difficult to overcome this problem. People call for Windows 11 to solve that problem with the option to disable or enable this feature. That will provide users with much-needed help, and in Windows 11 they don’t have to deal with this issue.

In the last version of Windows like Windows Vista, this feature was introduced to the world and people appreciated this idea because they can enjoy the effects of transparency on their computers. It all went well until window 7, but this feature in window 8 was dropped in Windows.
Many people have started using software from third parties to bring that effect, making their system prone to crashing. If you see the Mac OS it looks and feels really cool and much enjoyable so we can hope Microsoft will bring this feature.

Windows update alerts are also removed from Windows 8, and this decision has been annoyed by most of the users. You need to check the Windows updates manually in Windows 8 as your desktop won’t provide you with alerts.
With previous versions of windows, people can easily keep their windows up-to-date without any issues as the update message is always reflected in the taskbar notifications.

The last versions of windows menus look great especially the last one but that doesn’t work properly for different devices people use in their normal lives.
Various window 8 features (tiles option) are useful for tablets, but they don’t fit with complete desktop and laptop functionality. Those with computers like to have an icon on their screen, which is why they should have a start menu so that they can use Windows 11 quickly.

Power options were given in the start menu in the previous version of all window platforms, and people can easily access alternatives like restart, sleep mode (hibernate), shut down, etc. But window 8 made it tough as most people can’t find the power options.
All control options in Windows 8 are moved to charms bars that are nearly impossible for new users to understand the feature. Window 11 will be built by window 8, and this window should provide citizens with a demanding power option. It is also recommended that the user picture given in the start screen should include it.

It’s one of the biggest mistakes people have reported in window 8 because in this app version this function is disabled.
Users lost a lot of this feature because they couldn’t change the coloring scheme, font, and design. But this feature is supposed to be included in Windows 11 so that people can make changes as they please.

There’s a lot of fake news and rumors over multiple websites that claim the Windows 11 launch date in July 2020. Some of them even have shared the fake date July 29, 2020. Unfortunately, Microsoft does not confirm these claims as there’s not going to be any new Windows 11. However, there’s surely a new build 19546 of Windows 10 from Microsoft that brings a Graphing Mode in Calculator to plot equations.