Several months ago we saw a lot of news and leaks about Escobar Fold 2 which was a new foldable phone and we heard it comes with the price of $399 which was insane compare to the other foldable phones on the market right now. The company behind this smartphone has finally sent the device to certain customers in the industry. Some YouTubers are receiving a unit to show it on their channels, although they themselves indicate that you should not buy it because normal users will not receive it even if they already paid for it.

Also, Read – iPhone 12 Without Any Notch Display with 5G?

The device announced was clearly a Galaxy Fold with some modifications especially gold cover in the back with the Escobar logo, so the price could not be about $399. Today we reveal the trick of the Escobar brand with its second device in the “market” which is Escobar Fold 2.

ESCOBAR FOLD 2 IS A GALAXY FOLD WITH GOLDEN STICKERS

Marques Brownlee is one of the well known Tech Youtubers who has received this Escobar Fold 2 and tried to analyze it. The following video he has published gives us a clear idea of ​​the strategy of the company that has supplied this device.

Tech YouTuber Marques Brownlee recently exposed the scam in an online video titled “The Truth Behind Escobar Fold 2”. In it, he shares the story of how he had already ordered the first version of the folding smartphone last year, but it never arrived. He also ordered the second version out of curiosity – this time under a different name – without success. It was soon clear that the Escobar smartphone was a brazen scam, and MKBHD, as he is known online, discovered how his fame was being exploited by the brand. Brownlee later received a package from the alleged manufacturer out of the blue at the end of January with an apology and an “upgrade” of his first order, as the first Escobar folding phone was no longer available.

Only Marques Brownlee asked questions. In his video, he shows what lies beneath the surface of the golden foil: a Samsung logo. And soon it was clear to him: only tech-influencers were getting the fake mobile phone to enthusiastically advise other people to buy one. For the regular paid orders, nothing is ever delivered. The claim is that the company is taking orders and only shipping a small percentage of them to customers they believe will help promote the product. The $399 Galaxy Fold is thus financed by three or four customers who will never receive a thing.

So basically we just want to say that we don’t recommend you buy this phone even it cost only $399. Two months ago, Roberto introduced his first foldable phone, the Fold 1, for only $349. To further hype up the device, his company, Escobar Inc., released an ad for the product, featuring scantily-clad models, that managed to attract over 1.6 million views on YouTube which might be the marketing strategy and it also worked in some way. 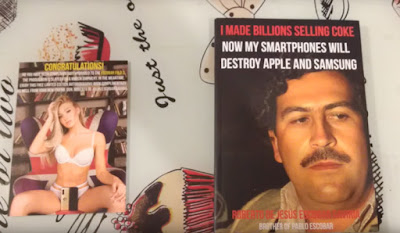 There’s already a preorder page for the Escobar Fold 2 product, which says this $399 device is the “real Samsung killer phone.” A look at the press renders used is enough to tell you we’re looking at a Galaxy Fold 2 ripoff. And boy, did Pablo Escobar’s sad brother make the wrong choice!

Is the Escobar Foldable Phone Another Scam Like Freedom 251?

The company has bundled the phone with flagship-level specifications which match the Galaxy Fold at just $399 which is one-fifth of what the actual Samsung Galaxy Fold costs. Since this bargain seems too good to be true, international media believes this to be a scam. 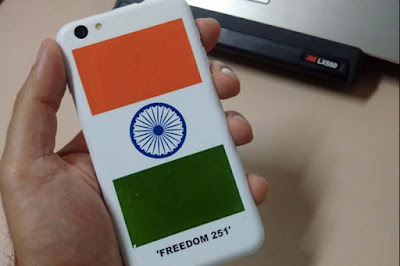 Remember the Freedom 251 smartphone? The smartphone which was supposedly being sold for Rs 251 in India. Seemingly even that was too good to be true and the whole thing turned out to be a scam and whoever ordered that phone they never got. After reading a lot of articles and news we feel the same about this so we don’t recommend you to buy this phone ever.
Also, Read – Pocophone F2 gonna change the Smartphone Industry again like Poco F1?
Share 0 FacebookTwitterPinterestEmail

How to verify your Facebook Page In 2020 with easy steps