Read Now
Transcribe YouTube Videos Into Text | Convert Without...
How to view NTC or Ncell call details...
How to Change wifi password by PC |...
How to View Saved WIFI Password on Android...
How to Write SEO Friendly Blog | Best...
How To Make Awesome YouTube Thumbnails For Free...
How to Hide WIFI Network Name From Mobile...
How to Earn $100 A Day With Google...
How to make bootable USB or Pendrive for...
How to delete or remove Gmail ( Google...

DJI has already announced a bunch of new products for the past few weeks and now the company has launched yet another device DJI Mini 2. Just like the last Mavic mini lineup, It is the successor to the Mavic Mini. It is well known as the company’s smallest drone, but the company seems to have dropped with Mavic branding.

The new DJI Mini looks identical to the last Mavic Mini, with both drones featuring identical designs and three-axis gimbals. There are other similarities, too both the Mini 2 and Mavic Mini have the same image sensor, automated QuickShot modes, and DJI Fly companion app. 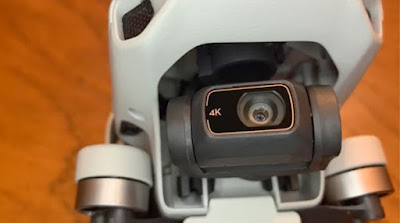 The most important feature of the last DJI Mavic Mini is Its small fun to fly drone and worked well for its weight and size. Weight is a big deal as it comes in at 249 g, which allows the drone to be used without a license. All drones that weigh 250 g and up require it to be registered and this new drone also have that feature which is very useful especially for beginners.

On the outside, the Mini 2 retains the same basic design as before, including its folding rotors and 249-gram weight, which means that as long as you’re flying it recreationally, you don’t need to register the drone with the FAA. But on the inside, due to the addition of DJI’s Ocusync 2.0 tech, the Mavic Mini 2’s max video transmission range has increased from four kilometers (~2.5 miles) all the way up to 10 kilometers (~6.2 miles), an increase of around 150%. Total flight time has also increased slightly up to 31 minutes on a charge, and with more powerful motors, DJI says that the Mini 2 can handle stronger winds of up to 24 mph.

The Mini 2 also comes with the same style controller as the Air 2. More importantly, now all the connectors are now USB-C on the drone, controller and battery charger. The Mavic Mini’s controller was smaller, but it also awkwardly held the camera below the controls, so you were always looking down as well as moving your hands down to change settings on your display.

The newer controller puts your phone at the top and the mount is easier to use, even with a case on your device, and it’s still compact. The holder drops down into the top and the sticks can be unscrewed and stashed in the bottom of the controller for travel. 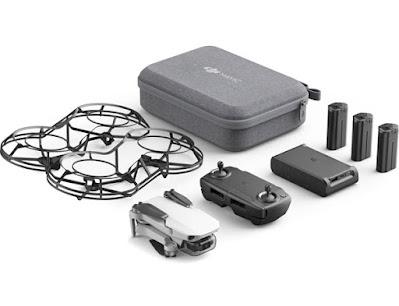 What you will get on DJI Mavic mini 2 Fly More Combo?

A new full-frame Sony lens could be the world’s fastest wide-angle lens?

Best Gimbals for DSLR & Mirrorless Cameras on the market