Did you Noticed Google Services including Gmail, YouTube, Play Store are Down

by Rey Sagar December 14, 2020
Share 0FacebookTwitterPinterestEmail
Is @Google too!!!!? tested positive, COVID-19? Happy Monday to all.  Yes, Gmail, youtube, and other Google services are down this morning, December 14th.
For those not as well-versed on the Internet crashed, Facebook, Twitter and Instagram crashing every few months aren’t out of the ordinary – but YouTube and Gooogle almost never crash. Users around the world reported problems with platforms like Gmail, YouTube, and Google Drive, all showing error messages without further explanation. The Google browser, however, remained functional.
Server downtimes of major apps are pretty common and may happen owing to a large number of reasons. The most common of these include scheduled maintenance, minor system bugs that interrupt information delay from the remote servers, and so on.
There are a bunch of memes shared on Twitter after the Google Server Down : 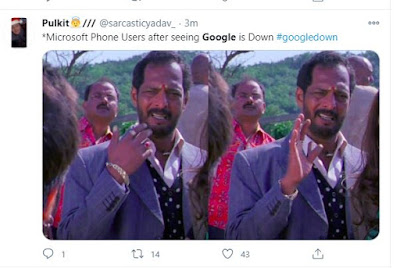 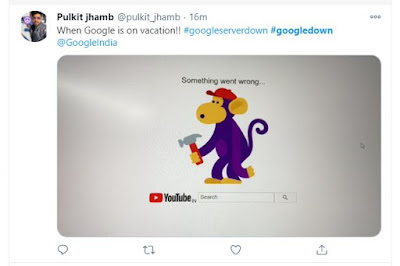 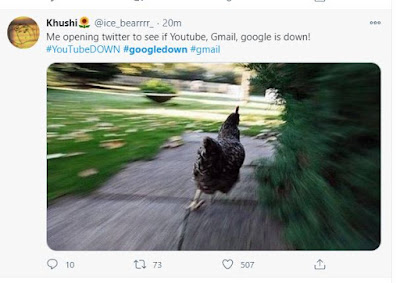 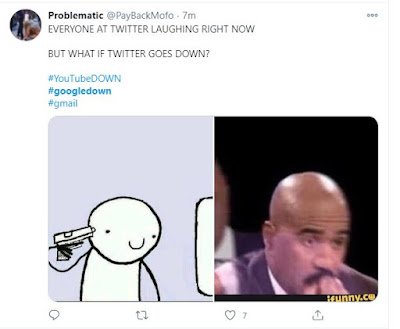 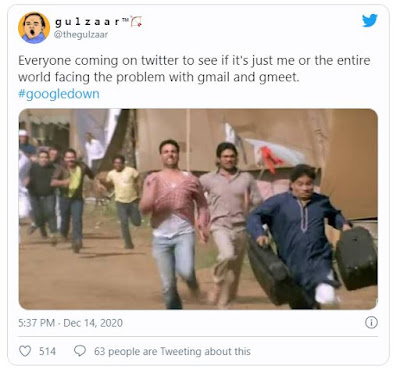 Best Smartwatches That You Can Buy in Nepal [2021 Update]