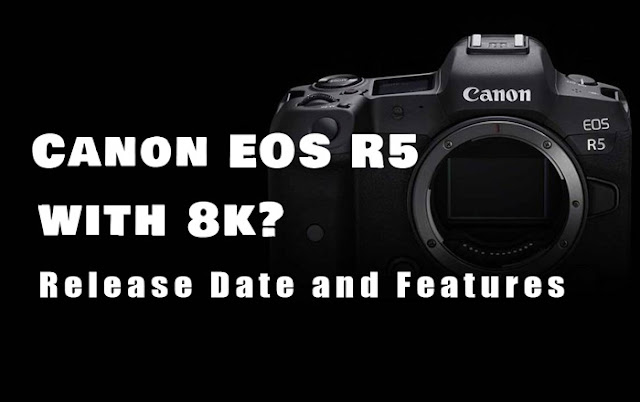 Canon is currently developing the upcoming EOS R5 full-frame mirrorless camera which contains CMOS sensor, image processing, optical, and other state-of-the-art technologies the company has cultivated through its long history of camera development. The last EOS R System which was announced in Oct 2018 and lots of canon users freaks out because of the features. But this time they decided to give us the highest features camera as much as possible just like the New Canon 1DX Mark III.

Canon eos r has really carp 4k with big crop and nobody wants to use that but the 1080p on that camera is really good with the high bit rate option which is useful for post-production. But this time they are coming with not the 4k or 6k only they are coming with 8k with just unimaginable at this moment without any crop. let’s hope it will be true and we might see some major steps from other competitors as well.

Today’s announcement comes as a direct result of the tireless effort of Canon engineers who have been tasked with developing the next generation of Canon EOS R camera and RF lenses to help elevate the popular system that was announced in 2018,” said Kazuto Ogawa, president, and chief operating officer, Canon U.S.A., Inc. “In developing the new camera, Canon listened to extensive user-feedback from a variety of photographers. The outcome is a camera and lenses that will delight a variety of shooters and further helps to demonstrate Canon’s commitment to full-frame mirrorless cameras and lenses.

The company already describes it as the “most advanced full-frame mirrorless camera” known to its series. However, it is still on development so we can’t get more information such as the full resolution of its sensor.

The EOS R5 is coming with the subject detection and tracking performance for animals and people,” Canon said in the press release. The system will recognize dogs, cats, and birds, tracking the animals’ eyes, but also the face and body when the eyes aren’t visible. Which is very useful especially for wildlife photographers.

The R5 going to have 12 fps of a mechanical shutter and 20 fps electronic shutter which is great for sport and wildlife photography. The most waited thing is it is going to have an IBS(in-body stabilization) that works in concert with stabilized lenses, automatic image transfers from the device to Canon’s new image cloud platform and also includes dual card slots 1 will be CFexpress and another one is UHS-II. We’re still missing key information like the sensor resolution, price and release date, but that will come very soon and we will definitely inform you.

The new full-frame mirrorless camera currently under development will fully leverage the advantages of the EOS R System to realize high-speed continuous shooting and 8K video recording in order to compete with other brands, especially with a Sony mirrorless system. The new camera elevates the EOS Series concept of “speed, comfort, and high image quality” to a higher level. 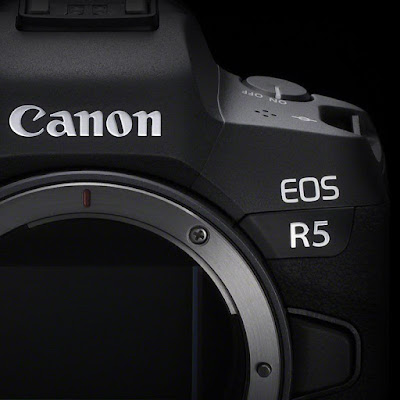 The new IBS will help to improve photography and videography in low light while shooting handheld, paired with the extremely effective in-lens stabilization (IS) that Canon already offers in many of its lenses.

Alongside the EOS R5, Canon is also developing a total of 9 RF lenses scheduled for release during 2020, including the RF 100-500mm F4.5-7.1 L IS USM, Extender RF 1.4x and Extender RF 2x. Those three lenses and the R5 will be shown off in more detail at the CP+ camera show in Japan starting February 27.

There is no pricing for this camera at this moment for Canon EOS R5, interested users can expect it to be well within the established flagship camera pricing range. 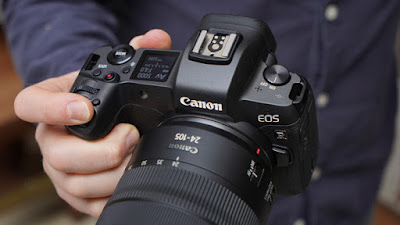 Jared Polin the well know camera reviewer said you can expect around $3000-$4000 for this camera if it does it will be great. It is still expensive but if you look at the features it will be great. They are also releasing lenses and The lens lineup is definitely going to be super-pricey as well.

At this moment there is no release date for the Canon EOS R5 that was mentioned in the Canon press release, but Canon did confirm that a preview of the R5 would be available at WPPI in Las Vegas, which is February 25-27, 2020.
Share 0 FacebookTwitterPinterestEmail

How to verify your Facebook Page In 2020 with easy steps