Yesterday, at WWDC 2019, Apple showed the new Pro Display XDR to go along with a new Mac Pro which is going to be really powerful It is designed for the professionals. This is the very first Apple monitor since the company discontinued its last Display in 2016. The new SDK 8k Display is more focused on visual creators, photographers, and cinematographers. But what is the main reason to buy this product? The new Apple Pro Display comes with the 6k XDR panel, which will arrive this fall, and going to available at $4,999. Pricey, but if you compare to the other professional monitors out there on the market this price is reasonable. Those monitors can cost tens of thousands of dollars so this is not that bad.

The new Apple Pro Display XDR LCD monitor features a 6,016 x 3,384 resolution display and has 20 million pixels. It has a really good 1,000 nits of full-screen brightness and 1,600 nits of peak brightness. 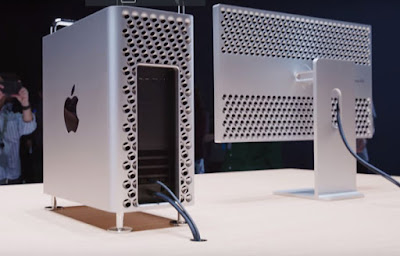 The Apple Pro Display XDR will be available this fall for $5,000 and $6,000 for the optional matte coating. The stand and VESA mount cost extra because we all know it’s Apple. The Separate Pro Stand cost extra $999 which is a bit of a bummer, It provides both tilt and height adjustment just like the other pro monitors out there on the market. The new Apple Pro Display XDR also allows you to rotate into portrait mode.